Home » TYPES » Herbs » Silene burchellii
Back to Category Overview
Total images in all categories: 11,538
Total number of hits on all images: 6,618,453 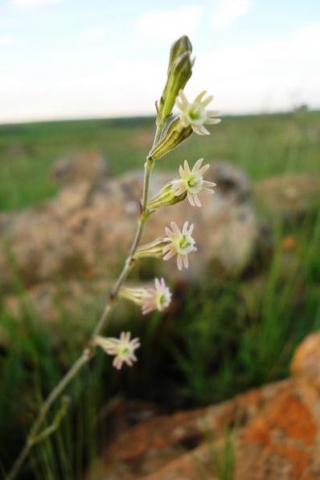 Burchell's campion, as this plant is commonly known, is a highly variable perennial occurring from the Western Cape northwards, throughout big parts of Africa and also in Arabia.

At least eight recorded varieties are recognised in this species, among them Silene burchellii var. angustifolia, var. cernua, var. gilletti and var. latifolia.

The five notched or V-shaped petals of the flower tend to spread widely or even become reflexed upon the long calyx. Leaf and calyx shapes vary much.