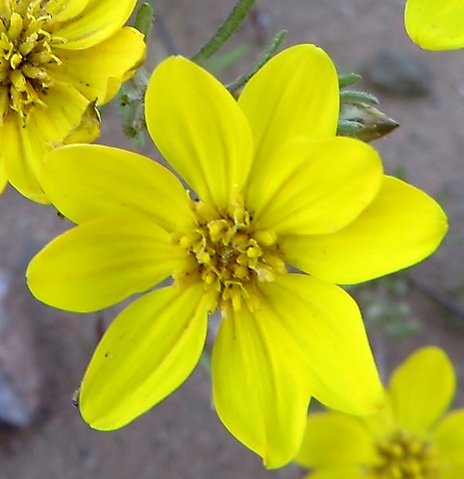 Up close, the open Rhynchopsidium pumilum disc florets show their anthers and styles, erect in the five-pointed corolla tubes. These florets are not too small to be hairy as well.

The anthers are tailed, the styles branched. These branches diverge at some stage. (See the flowerhead upper left in picture.)

Most of the ray floret blades are elliptic, a few in picture oblique. All of them are two-channelled, some with variations. They are notched at their rounded tips and overlap irregularly in their whorl around the disc.