Home » TYPES » Herbs » Pycnostachys urticifolia, the blue boys
Back to Category Overview
Total images in all categories: 11,506
Total number of hits on all images: 6,494,371 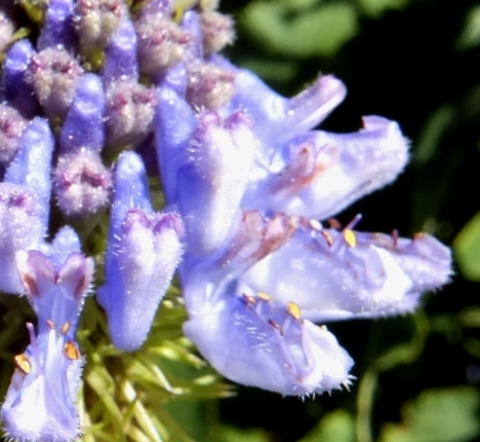 The corolla of P. urticifolia is two-lipped, the lower one boat-shaped, the upper one smaller and erect. Corollas may become up to 2 cm long. They are notably hairy in the photo.

Each flower has four stamens in two pairs of different length, their anthers protruding above the side of the “boat” in the photo. A couple of flowers also display thin, bluish styles, twisting up for presentation among the stamens in the pollination parade.