Home » TYPES » Herbs » Pseudoselago spuria flower
Back to Category Overview
Total images in all categories: 11,923
Total number of hits on all images: 7,173,533 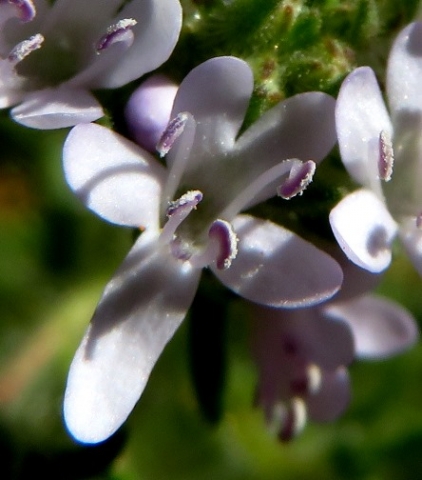 Pseudoselago spuria flowers may be mauve or white. There are sometimes orange patches near the base of some petal lobes, none on the plant in picture. The two-lipped corolla has a two-lobed posterior lip, the lobes here separated over halfway down their length. The three-lobed anterior lip has a central one about double the length of the laterals.

The two pairs of erect filaments with curved tips end in still purplish, curved anthers. The stigma is pointed at the camera, positioned between the anterior stamens (Manning, 2007; Bean and Johns, 2005; Leistner, (Ed.), 2000; iNaturalist; iSpot).