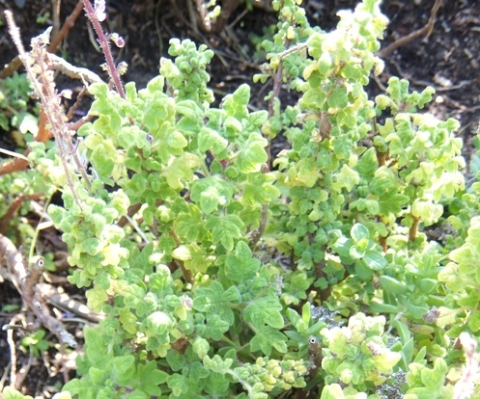 The natural species distribution in Limpopo is limited to a small region of the Leolo Mountains of Sekhukhuneland.

The habitat is montane bushveld among norite boulders, the plants often growing in shallow soil or rock pockets. The inaccessibility of the region is an asset to this rare, resilient species. It is, however, considered to be vulnerable in its habitat early in the twenty first century, due to overgrazing and mining.

The plant is a fairly recent discovery, first described in 1997 by Van Jaarsveld and Hankey. This was followed by the generic name change from Plectranthus to Coleus in 2019 (http://pza.sanbi.org; http://www.glasshouseworks.com; http://redlist.sanbi.org).