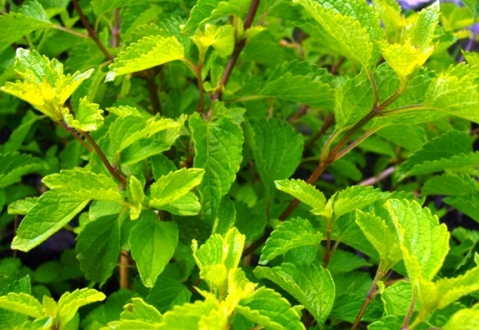 Ocimum labiatum is a much branched shrublet with slender stems and ovate leaves. The leaf margins are dentate and its leaves faintly hairy. The plant exudes a somewhat unpleasant scent.

Part of the plant’s distribution lies in the South African provinces north of the Vaal River and KwaZulu-Natal; the rest is beyond the border in Swaziland and further in tropical Africa.

O. basilicum is well-known as the much cultivated culinary herb, basil that probably reached Greece from Persia in the time of Alexander the Great.

The genus Ocimum comprises about 30 species, 10 of which grow in South Africa. Some of them are important medicinally, also used commercially as aromatic herbs. Their stems are square in cross-section, the leaves opposite and decussate (successive pairs positioned perpendicularly to each other) and the flowers irregular or zygomorphic with two lips (Hey, 1992; www.sntc.org.sz/flora).