Home » TYPES » Herbs » Mentha longifolia subsp. capensis
Back to Category Overview
Total images in all categories: 11,905
Total number of hits on all images: 7,155,936 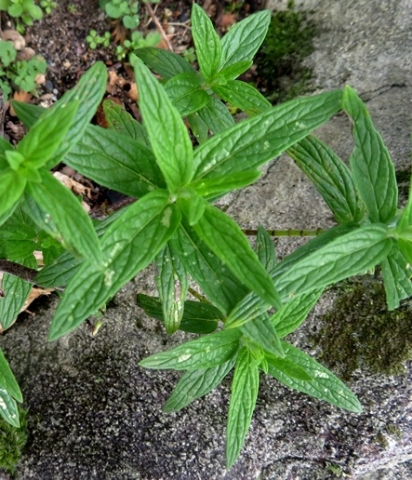 Its sessile leaves are lanceolate, tapering to acutely pointed tips. The margins may be toothed or entire. In picture very small, inconspicuous teeth are widely spaced. The peppermint-scented blades are sometimes hairy. Leaf midribs and incurving lateral veins that do not reach the margins are sunken on the upper surfaces.

The other local subspecies are subsp. polyadena and subsp. wissii. Subsp. capensis, sometimes used as an insect repellent is absent from the northeast of the country, particularly KwaZulu and north of the Vaal River. Subsp. polyadena, commonly known as spearmint is also widespread, occurring in KwaZulu-Natal, Mpumalanga, Gauteng and Limpopo but absent from the northwestern region. Subsp. wissii is only found in the Western Cape and the Northern Cape.