Home » TYPES » Herbs » Anemone vesicatoria inflorescence
Back to Category Overview
Total images in all categories: 12,068
Total number of hits on all images: 7,363,270 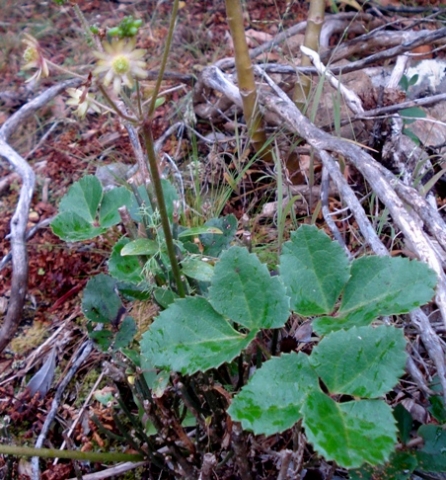 The erect peduncle or flower stalk of Anemone vesicatoria is not much taller than the leaf petioles are long. Flowering amounts to few flowered clusters (in umbel form) upon peduncles of about 15 cm.

Until about 2008 the plant was called Knowltonia vesicatoria when the Knowltonia genus was sunk into the Anemone genus as a fleshy-fruited subgroup.

The species is not considered to be threatened in habitat early in the twenty first century (Manning, 2007; Gledhill, 1981; Bean and Johns, 2005; www.redlist.sanbi.org).