Home » TYPES » Herbs » Hebenstretia parviflora flowers
Back to Category Overview
Total images in all categories: 11,538
Total number of hits on all images: 6,617,356 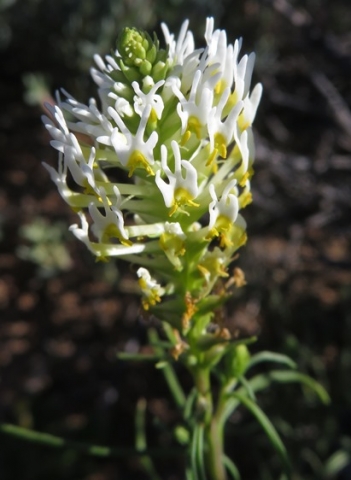 The corolla is white above, orange low down. There are instances when the usually white corolla parts are pink. The orange part may also vary, sometimes being white all over the corolla. The funnel-shaped corolla tube is split down the front. The one lip of the corolla divides into four, erect, finger-like lobes. There are two unequal pairs of stamens positioned at different levels inside the tube. The flower is about 5 mm in diameter.