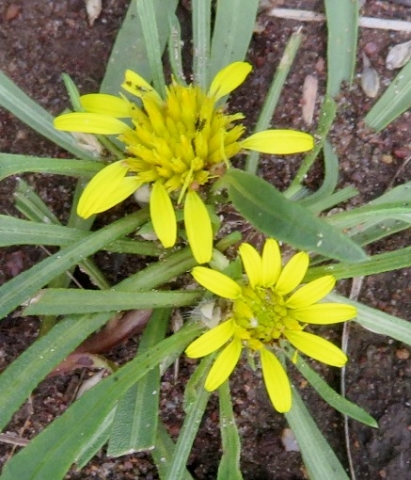 Both the sparse, single ring of narrowly elliptic ray florets and the central disc of the head are brightly yellow. The rays are female, the disc florets bisexual, i.e. full flowers. Flowering happens in summer.

Old flowerheads remain on the plant for about eight months until the seeds are released when the heads become wet. One small plant may generate nearly 2000 seeds that remain viable for long; some say 13 years or longer.

The seeds are distributed by wind, water or animal droppings, germinating easily on or near the soil surface (Vahrmeijer, 1981; Onderstall, 1996; iNaturalist).