Home » TYPES » Herbs » Dilatris pillansii
Back to Category Overview
Total images in all categories: 11,538
Total number of hits on all images: 6,617,361 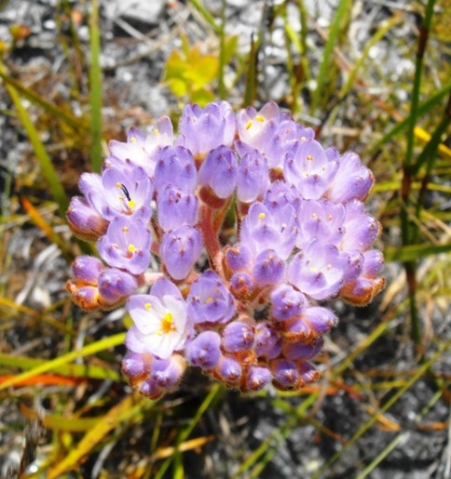 The flowers of Dilatris pillansii may be blue with some white as in this photo, while some are pink or a pinkish mauve. The flowering stem is hairy, tall and sturdy.

The flowers with their elliptic tepals are densely clustered in the flat-topped panicle. Flowers open gradually; several will have a cup-shape while the oldest ones are open wide, the rest of the panicle still in bud. Dark marks can be seen at the tepal tips.