Home » TYPES » Herbs » Dicliptera clinopodia flower
Back to Category Overview
Total images in all categories: 11,662
Total number of hits on all images: 6,774,644 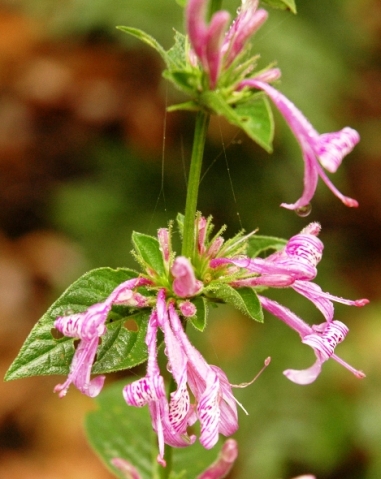 Dicliptera clinopodia is a winter flowering herb of forest margins in the eastern parts of South Africa from Eastern Cape to Limpopo, as well as in Swaziland and Zimbabwe. It may grow taller than 1 m.

The flowers indicate that the plant belongs to the Acanthaceae family. It bears whorls of two-lipped pink, magenta or purple flowers. The central section of the upper lip is whitish with scattered dark markings on its inner surface. The anthers are dark pink or purple, similar in colour to the corolla. The style is white and longer than the stamens.