Home » TYPES » Herbs » Cyperus obtusiflorus var. obtusiflorus
Back to Category Overview
Total images in all categories: 11,662
Total number of hits on all images: 6,774,765 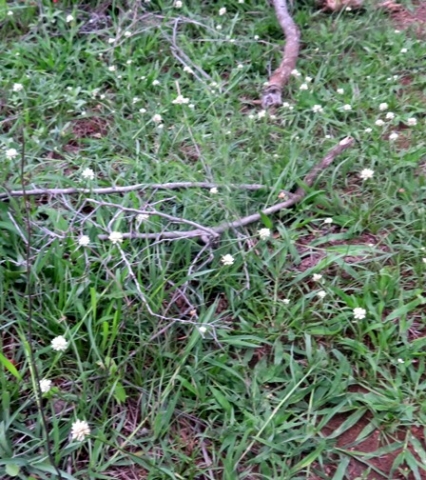 Cyperus obtusiflorus var. obtusiflorus is a perennial herb growing erectly from a horizontal rhizome. Its linear, grass-like leaves emerge at ground level where they sheathe, reaching about halfway up the flowering stem.

The subspecies distribution lies across the eastern parts of South Africa from the Eastern Cape to Limpopo and westwards in the north to Gauteng and North West. The distribution continues beyond the border in southern Africa.

The habitat is flats in grassland. The plant is not considered to be threatened in its habitat early in the twenty first century (Van Wyk and Malan, 1997; iSpot; http://redlist.sanbi.org).