Home » TYPES » Herbs » Cyanotis speciosa
Back to Category Overview
Total images in all categories: 11,792
Total number of hits on all images: 6,949,315 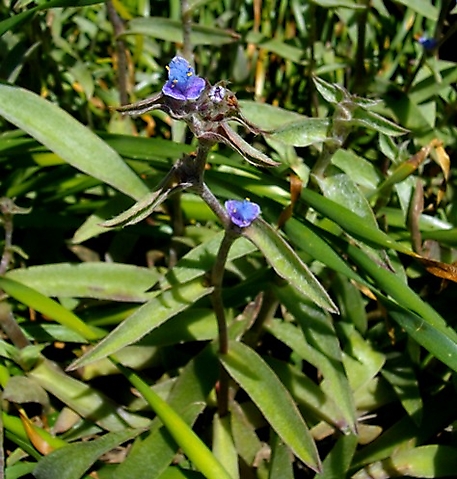 Cyanotis speciosa is a slender, hairy perennial that used to be called Commelina nodiflora. Basal leaf clusters arise from a short, tuberous rootstock, the plant reaching 50 cm in height.

This plant occurs widely throughout South Africa and in southern Africa to Tanzania, also on Madagascar.

Its habitat is open grassland. The species is not considered to be threatened in its habitat early in the twenty first century (Pooley, 1998; Van Wyk and Malan, 1997; Germishuizen and Fabian, 1982; http://redlist.sanbi.org).