Home » TYPES » Herbs » Annesorhiza altiscapa in bloom
Back to Category Overview
Total images in all categories: 12,068
Total number of hits on all images: 7,363,032 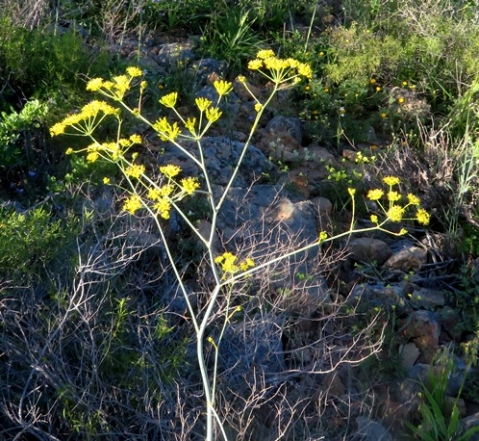 The inflorescence of Annesorhiza altiscapa is a many-flowered, compound umbel. Flowering usually happens earlier or later in spring, depending on region and weather. This photo was taken after good rain in August in Namaqualand.

The fruit is a dry schizocarp, i.e. a dry fruit composed of multiple carpels that separate. A carpel is one of the structural units of a pistil representing a modified, ovule-bearing leaf. A pistil is a female organ of a flower comprising a stigma, style and the ovary in which the fruit grows.