Home » TYPES » Herbs » Agapanthus inapertus
Back to Category Overview
Total images in all categories: 10,169
Total number of hits on all images: 4,830,369 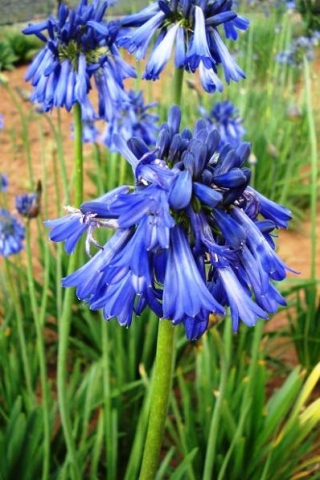 Agapanthus inapertus or commonly the drooping agapanthus usually has blue flowers, but on some plants the flowers may be white or violet. The flowers are tubular and pendulous, growing in dense umbel-shaped clusters on peduncles of well over 1 m.

The five subspecies of the drooping agapanthus all occur in Mpumalanga and Limpopo. Subsp. intermedius also occurs in KwaZulu-Natal, while subsp. inapertus may reach the northerly part of that province as well.