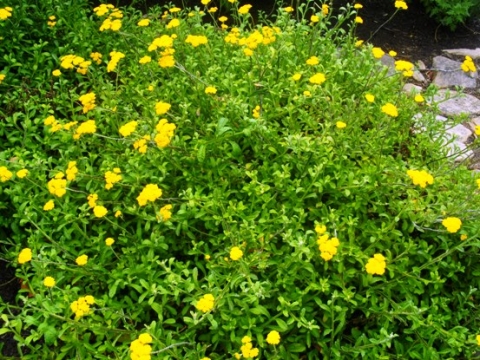 The distribution of Helichrysum odoratissimum is large, ranging from the Western Cape across the summer rainfall parts of the country and into tropical Africa. It is yet another Helichrysum that has acquired the common name of kooigoed (bedding) in Afrikaans.

This name should not be confused with kougoed which means something to chew and serves as the common name for at least another two indigenous plants described in this website. They are Sceletium tortuosum, now known as Mesembryanthemum tortuosum and Augea capensis, sometimes called kinderkougoed or elandslaai.

Uses of kooigoed include bedding material as the name suggests as it is comfortably soft and doubles as an insect repellent, inhalation of the smoke as a sedative, in preparing a perfumed ointment and in the treatment of insomnia. It is also widely used in several more African countries, including Kenya and Zimbabwe where it is common.