Home » GENERA G-H » Helichrysum » Helichrysum moeserianum
Back to Category Overview
Total images in all categories: 11,506
Total number of hits on all images: 6,483,165 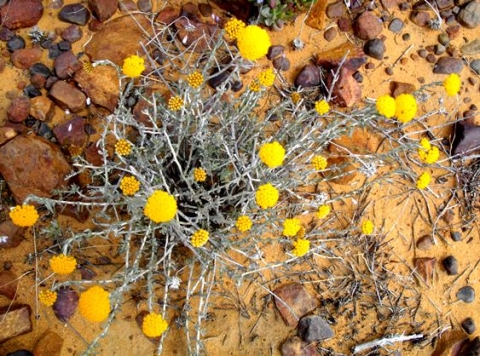 Helichrysum moeserianum, one of several Helichrysum species called kooigoed (bedding) in Afrikaans, is a grey-woolly annual that reaches a height from 10 cm to 40 cm. The plant branches from the base and only sparingly higher up.

The species distribution is in the south of the Northern Cape, mainly in the Western Cape from the Gifberg to the Cape Peninsula and eastwards to Mossel Bay.

The habitat is fynbos, renosterveld and succulent Karoo on sandy mountain slopes and flats. The species is not considered to be threatened in its habitat early in the twenty first century (Manning 2007; Bond and Goldblatt, 1984; iSpot; http://keys.lucidcentral.org; www.redlist.sanbi.org).