Home » GENERA G-H » Helichrysum » Helichrysum milfordiae
Back to Category Overview
Total images in all categories: 11,506
Total number of hits on all images: 6,483,393 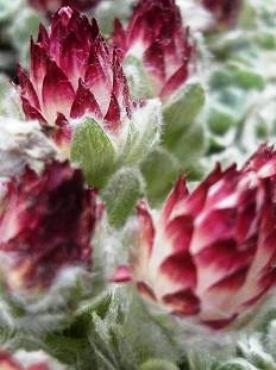 Helichrysum milfordiae, commonly known as the alpine everlasting, is another resident of the Drakensberg high altitude grassland. The petals are white on the inside, pink purplish on the outside, giving a very different display when the flowers are widely open or half closed.

This specimen was photographed in the Mkhomazi Wilderness Area during January. The distribution of the species is restricted to the upper reaches of the KwaZulu-Natal Drakensberg and the Malutis of north-eastern Lesotho (www.keys.lucidcentral.org).