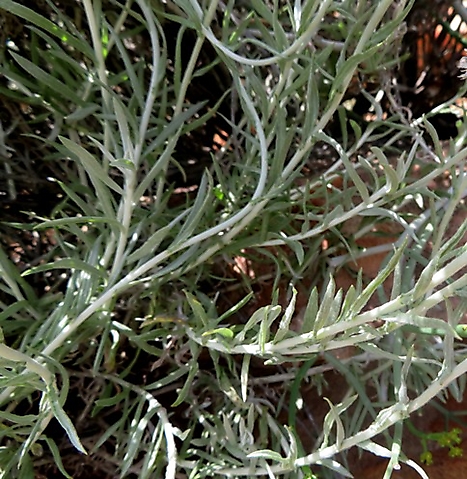 The grey-woolly Helichrysum dasyanthum leaves ascend on whitish stems, alternate and widely spaced. The narrow leaves are stalkless and point-tipped.

It all appears soft and comfortable to sit or lie on, like some other helichrysums called kooigoed (bedding) (Manning, 2007; Bond and Goldblatt, 1984; Privett and Lutzeyer, 2010; iNaturalist).