Home » GENERA G-H » Helichrysum » Helichrysum cochleariforme, but in the wrong location
Back to Category Overview
Total images in all categories: 9,177
Total number of hits on all images: 4,098,585

Helichrysum cochleariforme, but in the wrong location 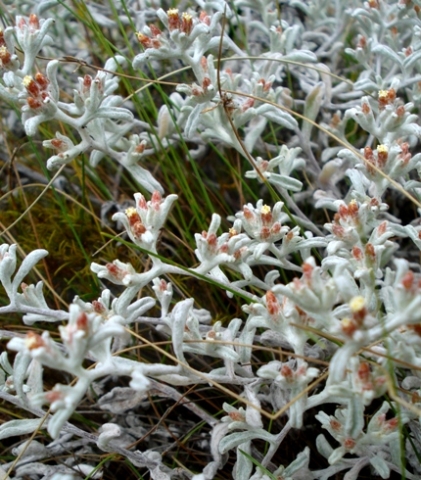 Previous
Image 6 of 80
Next

This plant resembles Helichrysum cochleariforme, but was found in Bainskloof during October. This is outside the recorded distribution for that species, supposed to occur on dunes and among coastal scrub only.

The low-growing shrublet is white-woolly with narrowly spoon-shaped leaves. The golden to white disc florets over reddish brown involucral bracts around the narrow cylindrical flowerheads are borne from leaf axils (Manning, 2007; Bond and Goldblatt, 1984).