Home » GENERA G-H » Helichrysum » Helichrysum chionosphaerum
Back to Category Overview
Total images in all categories: 11,528
Total number of hits on all images: 6,611,469 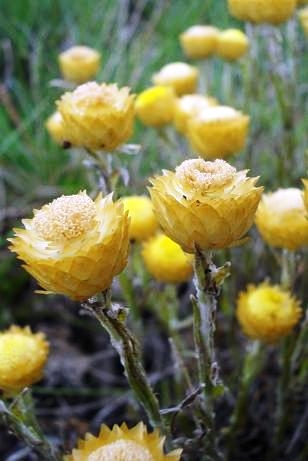 Helichrysum chionosphaerum is known as a dwarf everlasting, a name ascribed to several members of this genus called sewejaartjie in Afrikaans, suggesting that the picked flowers will last for seven years, as they are dry and papery. The English common name, everlasting makes an even bigger claim in that respect. Don't pick the veld flowers, just worship them and move on, as General Jan Smuts used to advise!

This plant is grown from seed by horticulturists widespread in the world, not only for the flowers, but also for the silvery, velvety foliage.