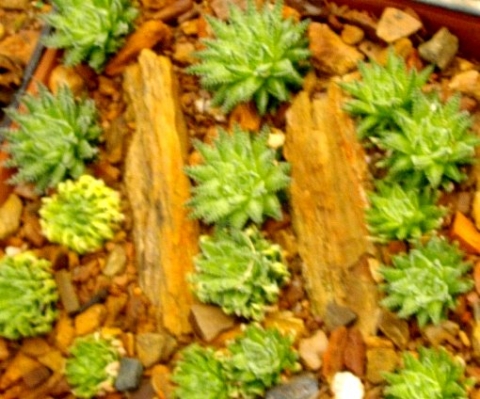 The distribution of the variety is small, in the Western Cape near McGregor, to the southeast of where the other two varieties of H. herbacea grow. The habitat is shale ground, the plants found under renosterbos and other shrubs or exposed in rock crevices. The variety is considered to be vulnerable in its habitat early in the twenty first century (http://haworthia-gasteria.blogspot.co.za; www.redlist.sanbi.org).