Home » HABITAT » Habitat diversity » Spekboom on a southern slope
Back to Category Overview
Total images in all categories: 11,451
Total number of hits on all images: 6,213,910

Spekboom on a southern slope 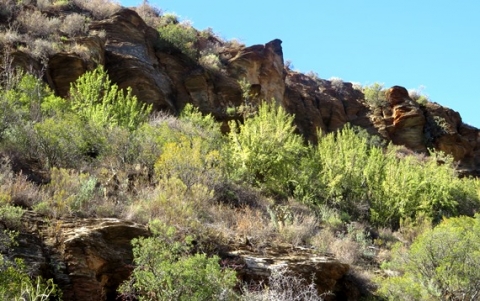 It is not often that a notable stand of Portulacaria afra plants become established on a southern slope in the Little Karoo. Here the spekboom plants follow the foot of the rocky ridge for some distance among a variety of mature shrubs in veld that hasn’t burned for several years.