Home » HABITAT » Habitat diversity » Narrowness may be imposed
Back to Category Overview
Total images in all categories: 12,091
Total number of hits on all images: 7,393,150

Narrowness may be imposed 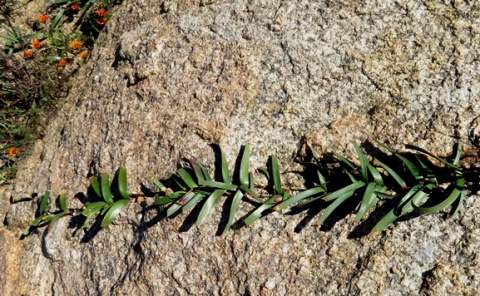 Some people are cracked. Others live on crack, which may mean the same. Do suspect underlying differences in that which appears similar, as some cracks are deeper.

A crack has many meanings apart from whether you see it or hear it. In religion it has been a schism and later fragmentation or healed. In geography it is a rift or fissure, a rift valley, later a Rift Valley or a river. True nature may be in the underlying part.

They say East Africa is saying goodbye to the Continent, will drift off into the Indian Ocean on its own tectonic plate. If you want to be like that nothing stops you!

By the time that happens to Africa nobody will be reading these words anymore. Or somebody (even a free spirit) might gloat over their inaccuracy. Nobody living on Pangaea or Gondwanaland read anything.

The lives of those living in a crack (or shoe) are partly determined by the shape of their Lebensraum, here particularly by width: The daisies picked the wider one, the bulbs occupy the unlikely narrow one.

The perennial parts of geophytes cope with such conditions and may thrive on the safety in subterranean constriction. Their storage bodies shaped, mutilated or ended in accordance with the particulars of the granite surfaces that win arguments. Yet, cracks widen, soil forms, the soft touch takes time.

The seeds of the daisies germinate on or in the open ground. Some may cohabit with the bulbs in the next life, should vacant space and some soil become available there. Nature drives diversity.

Who knows the future? This is life. Next year is potluck!