Home » HABITAT » Mountains » Edmondia pinifolia not easily missed
Back to Category Overview
Total images in all categories: 11,523
Total number of hits on all images: 6,599,496 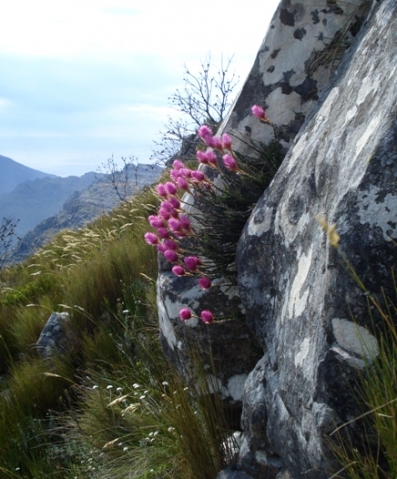 The home of Edmondia pinifolia is among the fynbos of southwestern Cape mountain slopes. Sandstone boulders found here, or rather the tight slits in them or between them may offer just the spot for an eye-catching perch for this plant.

The species is not considered threatened in habitat early in the twenty first century; its upper slope living space among the rocks is not easily arable and left alone for now (Manning, 2007; Bond and Goldblatt, 1984; www.redlist.sanbi.org).