Home » HABITAT » Habitat diversity » Life is good
Back to Category Overview
Total images in all categories: 12,086
Total number of hits on all images: 7,380,844 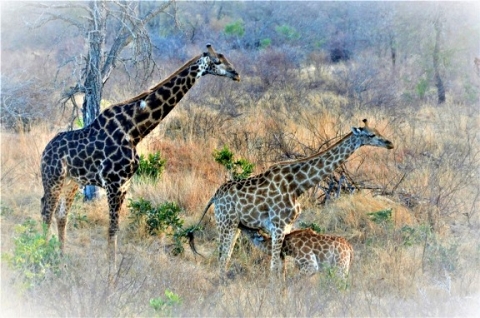 The miracle multiplied in masses of metabolising protoplasm, infinite shapes and sizes pushing on as best they can, always edible to something brotherly. Life pulsated, grew and murdered without hate to live and live and live. Approaching infinity as Life became, begat, befriended, implementing every elemental substance found in every Gaia nook and cranny.

Big Ben counted time as eyes went wide and funny heads shook in disbelief. This is good! Round and round we go and I am on it! Fluids, membranes, moss and leaves keep coming and becoming yet again. To thrive and serve as lunch and yet again. Big and small rejoice in living, honouring Gaia by making more of all.

The only rule is maximum vigour, reproducing while you can. Genesis started long ago, as and exercise in physics, then chemistry joined in the actoion, all before living creatures arrived. At this time breathing, biting, drinking, swimming, and flying started and running until blood pulses in fear, blood flows and breathing stops for those becoming food. The earth’s the place to be if you can be at all! But who knows about multiple earths in the grow ing universe or flying rocks from space that can cause havoc?

Disaster struck! Mass extinctions hit the earth, but not fully. much was lost, what survived fathered what abounded next. It all rolled on and new creatures and plants tried their tricks anew, for life never gives up. New species, more forms of them in the struggle for survival. Look, I can breathe in seven ways! And on it went while Gaia swung through endless space, the envy of the stars.

The living earth poured children everywhere. Children of children, always more, better, smarter, overcoming every obstacle by living and dying naturally in a survival system where good and bad did not exist, even though tears may have started folowing. The most fit for the prevailing conditions produced the children fit for reaching the next round.

Breeding so boldly at some point inevitably had to bring about a brain. Behold, Homo faber plays deftly with sticks and stones and more… what the hell? Soon to follow, cousin Homo sapiens shunning homeostasis after sleep. Doing unheard of things. Divine spark or dangerous turn?

Trouble for all soon doubled! A first: another mass extinction arrives, this time induced from inside, brought upon all by the one and only! How stupid can you get? Dear Mother, after this motherfucker’s gone, will you allow a brain on earth again for Christmas?