Home » HABITAT » Habitat diversity » Lichen as paint on rock
Back to Category Overview
Total images in all categories: 11,506
Total number of hits on all images: 6,493,810

Lichen as paint on rock 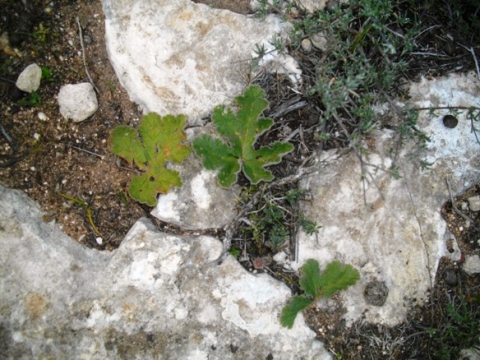 Lichens are some of the older life forms on earth. Many of the living things of ancient times have now disappeared, but lichens are still going strong in diverse conditions. Their versatility is enhanced by the range of features provided by the partnership between the fungus and the alga. They can for instance grow on rock, plant stems or leaves, dead tree trunks and on soil. Lichens take various forms, including paint-like or flat, branched, hairy, powdery, gelatinous, leafy or scale-like.

Did you know that some lichens, particularly the yellow ones are toxic? Still, some of them are eaten by people as delicacies, as famine food or even staple diets in several human cultures, just like mushrooms. Some of this happens in Japan, Siberia, northern Europe and North America; more so in olden times than today.

Lichens contain mainly carbohydrate and little protein. Reindeer is but one species that eat them when there is little else available in the snow (Wikipedia).