Home » HABITAT » Near or in fresh water » Pauridia aquatica
Back to Category Overview
Total images in all categories: 11,793
Total number of hits on all images: 6,942,193 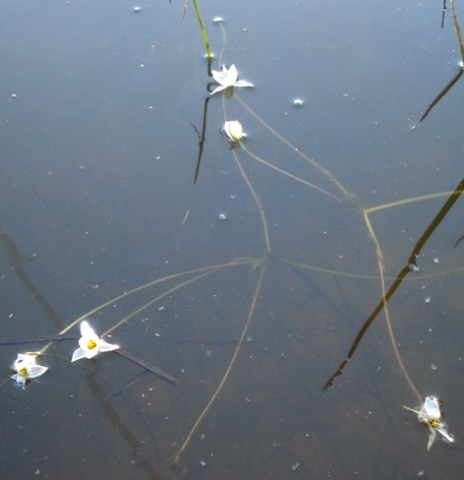 These white flowers of the watersterretjie (little water star) grow in fresh water. The plant is found mainly in the Western Cape, also in the Northern Cape.

Similar to all members of the Pauridia genus (previously Spiloxene), the roots under the corm of Pauridia aquatica are contractile at a stage of the plant’s development, capable of regulating the depth of the corm in the ground, optimising the plant's growth (Manning, 2009; Bond and Goldblatt, 1984; www.plantzafrica.com).

(There are more photos and information on P. aquatica in the Bulbs Album under Types.)