Home » TYPES » Grasses » Urochloa mosambicensis
Back to Category Overview
Total images in all categories: 11,506
Total number of hits on all images: 6,514,052 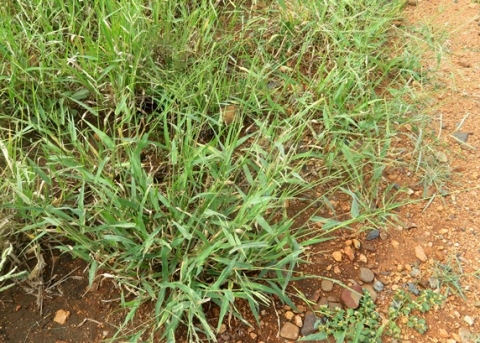 The species distribution is in the northeast of South Africa in KwaZulu-Natal, northern Free State and in most parts north of the Vaal River. This plant was photographed in the Mjejane Game Reserve south of the Crocodile River in April.

An increaser grass, the habitat of U. mosambicensis is grassland and savanna. It is often found on disturbed land or after overgrazing and drought. The plants are preferred in selective grazing by stock and game. The species is not considered to be threatened in its habitat early in the twenty first century (Van Oudtshoorn, et al, 1991; Van Wyk and Malan, 1997; Lowrey and Wright, 1987; iNaturalist; http://redlist.sanbi.org).