Home » TYPES » Grasses » Stipagrostis ciliata var. capensis
Back to Category Overview
Total images in all categories: 11,921
Total number of hits on all images: 7,169,169 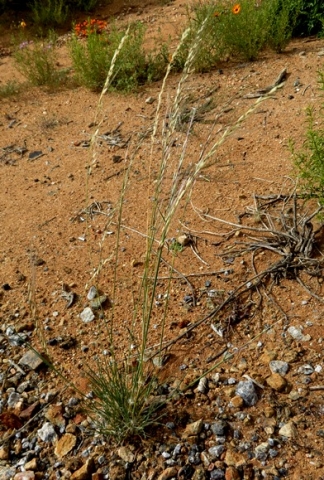 The plant is perennial or annual, depending on conditions, particularly moisture. Ecologically the plant is a decreaser. This is a palatable and valued fodder grass, well adapted to arid conditions and high in nutritional value.

The habitat is sandy and gravelly soils in savanna, Nama Karoo and succulent Karoo vegetation regions, typical of some riverbeds. This variety is not considered to be threatened in its habitat early in the twenty first century (Van Oudtshoorn, et al, 1991; iNaturalist; www.namibian.org; http://redlist.sanbi.org).