Home » TYPES » Grasses » Heteropogon contortus forming tangles
Back to Category Overview
Total images in all categories: 11,894
Total number of hits on all images: 7,134,658 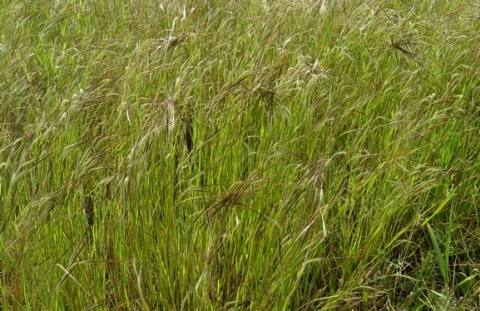 Heteropogon contortus grass flourishes this April response to late rains. It grows well in stony places, often where well-drained soil had been disturbed.

Not valued highly as a fodder grass, the leaves are only grazed when young during the early season. The awns become troublesome. They tend to collect in hair and wool, even penetrate the skin causing sores, thereby diminishing the quality of wool, skins and meat of stock.

Where this species predominates, the veld has usually been overgrazed or too frequently burned. Tangled clusters of the dark awns are forming in the photo, aided by wind and the type of hairs found on the awns (Van Oudtshoorn, 1991; Vlok and Schutte-Vlok, 2010; Lowrey and Wright, 1987).