Home » TYPES » Grasses » Imperata cylindrica
Back to Category Overview
Total images in all categories: 11,901
Total number of hits on all images: 7,142,010 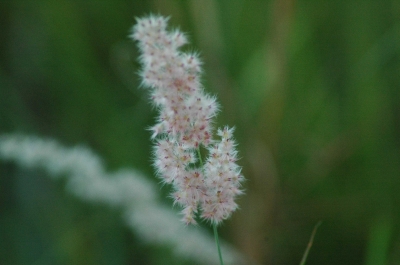 This looks like Imperata cylindrica, cottonwool grass or in Afrikaans, donsgras (down grass). I. cylindrica is a perennial growing strong, spreading rhizomes. It does not branch and grows to 1,2 m, typically in poorly drained soils. There is only this one species of Imperata in South Africa.

The distribution in South Africa is widespread, particularly in the northeastern parts of the country in KwaZulu-Natal, Mpumalanga, Limpopo and the eastern Free State, while it exists in nature to some extent in all nine South African provinces. The grass also occurs throughout Swaziland and Lesotho and further to the north in Africa. In Mozambique it is used as thatching.

The habitat is moist places and streambanks or vleis where pure stands of it may occur. The species is not considered to be threatened in its habitat early in the twenty first century (Van Wyk and Malan, 1997; Van Oudtshoorn, et al, 1991; http://redlist.sanbi.org).