Home » TYPES » Grasses » Setaria lindenbergiana
Back to Category Overview
Total images in all categories: 10,585
Total number of hits on all images: 5,221,147 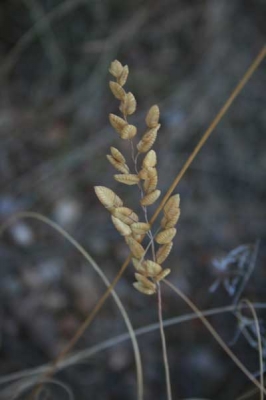 Mountain bristle grass or randjiesgras as Setaria lindenbergiana is commonly known, is a perennial grass that grows in tufts. The leaves have stalk-like bases. The leaves are pleated and the plant does well in shade, often found amoung rocks under trees.  There are no awns on the inflorescence.

The species is widely distributed in the east of the country. It grows in open grassland in the summer rainfall region. The species is not considered to be threatened in its habitat early in the twenty first century (Van Wyk and Malan, 1997; http://redlist.sanbi.org).