Home » GENERA Q-S » Senecio » Senecio maritimus flowerhead
Back to Category Overview
Total images in all categories: 11,894
Total number of hits on all images: 7,136,509 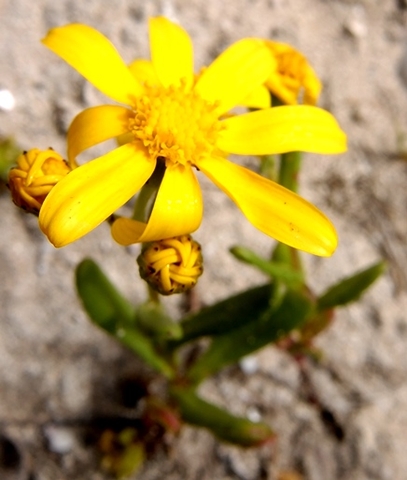 The flowerhead of Senecio maritimus comprises about eight spreading, yellow rays and a dense yellow disc in its centre. The ray tips curve back, the rays shaped close to oblong and slightly uneven.

The green base of the involucre is formed by one row of cohering narrow bracts.