Home » GENERA Q-S » Senecio » Senecio maritimus flowerheads
Back to Category Overview
Total images in all categories: 11,894
Total number of hits on all images: 7,136,489 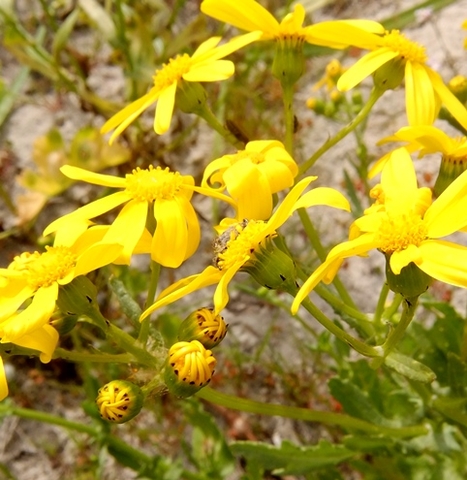 Senecio maritimus flowerheads grow in loose clusters (or few-flowered corymbs) at stem-tips. The heads have long, cylindrical and sturdy peduncles.

Apart from the dark tips of the single row of involucral bracts, there are occasional dark markings near the base of an involucre, indicating the presence of one of the few bracteoles that also have dark tips. They end at the base of the head.

The floral discs protrude slightly above the spreading rays, more so once the stamens and styles of the disc florets are exserted.