Home » GENERA Q-S » Senecio » Senecio maritimus leaves of a young plant
Back to Category Overview
Total images in all categories: 11,894
Total number of hits on all images: 7,136,459 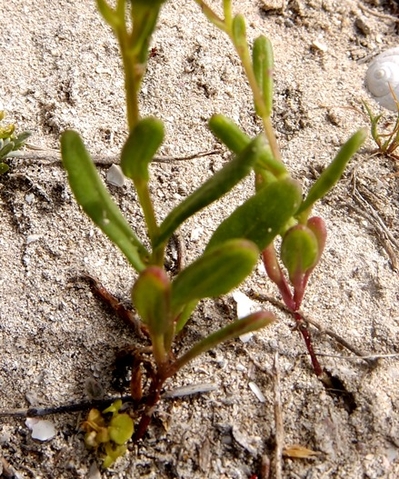 The leaves on a young Senecio maritimus plant are often narrowly oblong, fleshy and slightly hairy below. The margins are rolled under. Even here some are wider, the rounded shapes difficult to label as obovate rather than ovate. The leaves rarely exceed 2,5 cm in length.

The leaf-bases taper to the stems, some slowly, without displaying clear petioles and somewhat stem-clasping. Bigger leaves seen elsewhere may be widely eared at the base, clarifying the sessile feature.