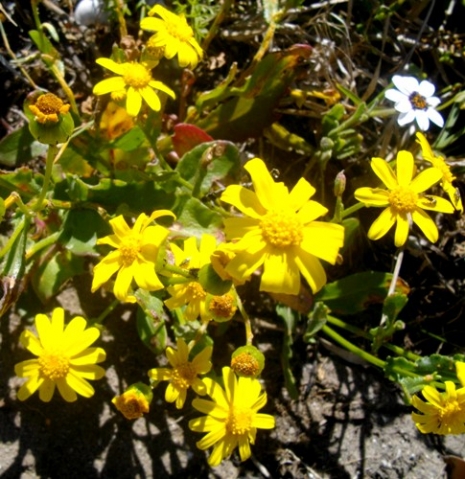 The flowerheads of Senecio littoreus var. littoreus grow in lax, branched panicles at stem tips. Flowerheads have yellow oblong ray florets spreading around prominent dense clusters of yellow disc florets. The disc florets are five-lobed and fertile. One row of green involucral bracts cohering at their margins holds the base of the flowerhead. Flowering happens from end winter through spring.

It is said that a tea made of hongerblom leaves improves the appetite. Care should be taken brewing such teas as there is more than one hongerblom and many other Senecio species, some of which contain toxic alkaloids (Manning, 2007).