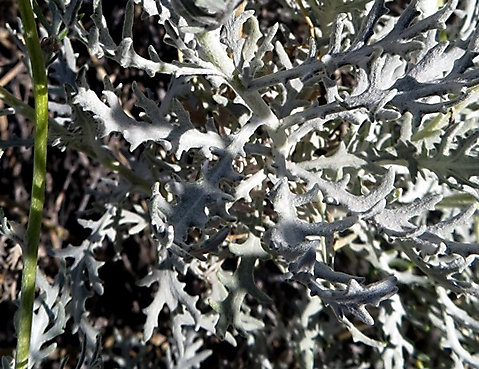 The stems up which the mostly stalked Senecio cinerascens leaves alternate or spiral are as whitish grey as the leaves. The older leaves spread and curve up, while young ones ascend steeply near stem-tips.