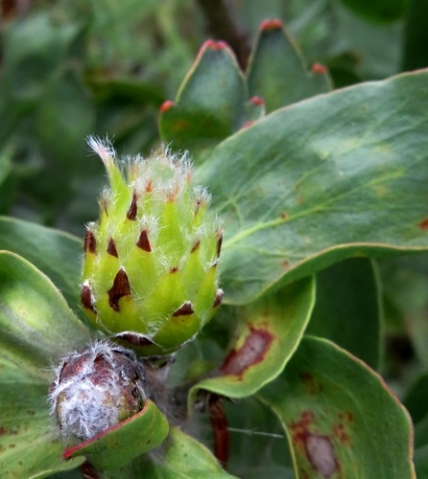 The early bud stage of Leucospermum grandiflorum, before the perianths elongate to split the tip of the involucre cone, is all about the triangular bracts in several indistinct rows. The bracts overlap imbricately in protective covering of the precious floret early stages forming inside.

An even smaller, second bud, at this stage an exceptionally hairy affair, reminds that this species may produce a few flowerheads per stem-tip.

Information gleaned from the leaves in picture includes the prominent veining and a cream-coloured midrib on a blade that hints rather than shouts the fact of its hairiness.