Home » GENERA I-L » Leucospermum » Leucospermum cuneiforme
Back to Category Overview
Total images in all categories: 11,632
Total number of hits on all images: 6,749,785 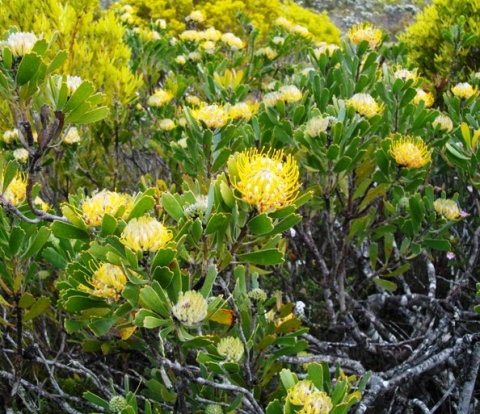 Leucospermum cuneiforme may not be the most well known or popular member of its genus, but it has a good chance of adapting to more gardens than some of the other pincushions, due to its wide and diverse natural distribution.

It is found from around Bredasdorp eastwards as far as Bathurst in the Eastern Cape. This plant should cope well with a range of soil types as well as with summer and winter rain, given where it grows in nature. The species is not considered to be threatened in its habitat early in the twenty first century (http://redlist.sanbi.org).