Home » GENERA I-L » Leucadendron » Leucadendron salignum
Back to Category Overview
Total images in all categories: 11,020
Total number of hits on all images: 5,659,858 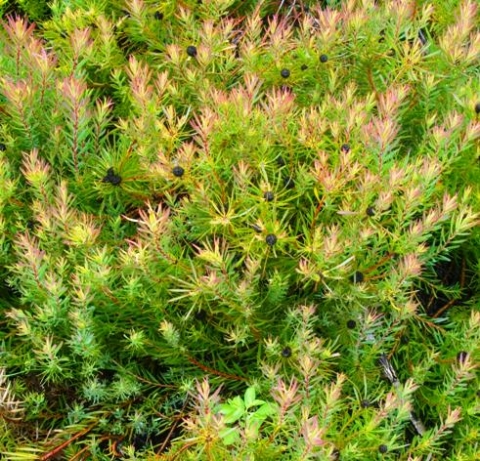 Leucadendron salignum has a long flowering season and grows in different soil types. It has the biggest distribution of all Proteaceae species (www.plantzafrica.com).

As is common with large habitat plants, it varies in several respects across the distribution area from Western to Eastern Cape and from sea level to altitudes around 2000 m, sometimes in winter snow. Variations are notable in leaf shape and colour, the size of the plant (that may reach 2 m in height), as well as in the bracts around the seed and pollen cones (that grow on separate plants, being a Leucadendron). The coloured bracts vary from yellow-green to orange-red and gave the plant its common name of geelbos in Afrikaans.

Features like vigorous growth, drought and cold resistance, good response to pruning, soil and altitude adaptability have made this a popular garden and cut flower plant (www.fynboshub.co.za).