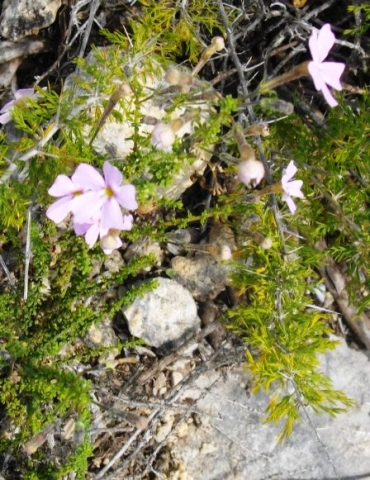 Jamesbrittenia stellata is a small, branching shrublet growing from 20 cm to 40 cm in height. It is covered in gland-tipped hairs. The small, lanceolate leaves are opposite, varying in size around 2 mm. The leaves grow in whorls along the thin woody stems.

This plant was photographed in the De Hoop Nature Reserve during September.

The distribution of this plant is along the southern Cape coast on limestone cliffs of the Agulhas Plain, where it still maintains a stable population early in the twenty first century (Manning, 2007; Mustart, et al, 1997).