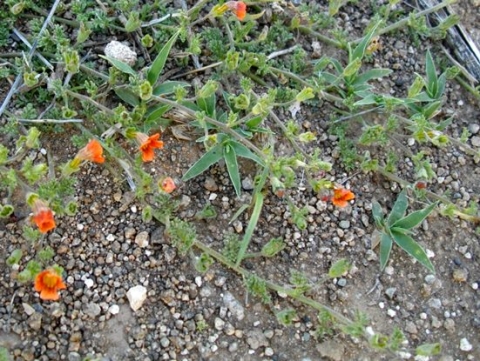 Previous
Image 1 of 28
Next

The branches of Jamesbrittenia aurantiaca may be decumbent as these spreading on the ground among grass. This aromatic plant grows slender shoots covered in glandular hairs from a woody rootstock. The flower colour is variable, including orange, red, pink and brownish.

The species is widely distributed across South Africa, reported in all provinces apart from Limpopo and possibly the Western Cape.

The habitat is mainly grassland, typically low-lying, moist places. The species is not considered to be threatened in its habitat early in the twenty first century (Van Wyk and Malan, 1997; www.redlist.sanbi.org).