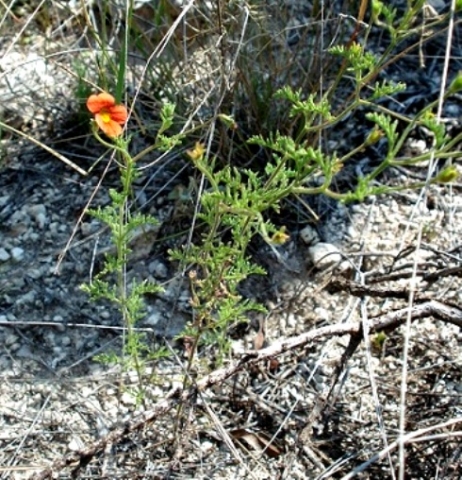 Previous
Image 5 of 24
Next

Jamesbrittenia aurantiaca, commonly known as Cape saffron or in Afrikaans the saffraanbossie (little saffron bush), is a slender perennial herb of the South African summer rainfall grassland. Several Jamesbrittenia species carry the common name of saffraanbossie. It is also found in Lesotho, Swaziland and Botswana.

The plant produces a few erect branches, sparsely covered in opposite leaves that are hairy and deeply divided into narrow lobes along a straight midrib.

The reference to saffron originates from the use made of some Jamesbrittenia species, particularly J. atropurpurea as a saffron substitute in dyeing and in traditional medicines (Van Wyk and Malan, 1997; Manning, 2009).