Home » GENERA G » Grewia » Grewia robusta floriferous but short on leaves
Back to Category Overview
Total images in all categories: 11,792
Total number of hits on all images: 6,941,669 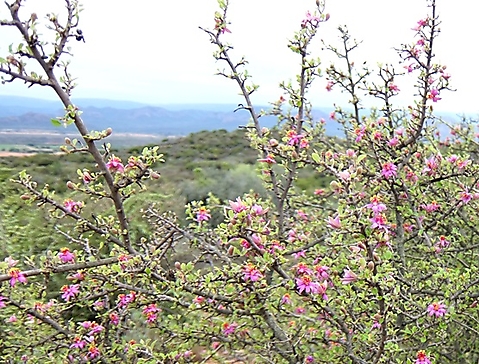 Grewia robusta is a floriferous plant in spite of the scanty moisture that usually comes its way; the effects of which are sometimes evident in meagre foliage.

Flowering happens from late winter to early summer. The fruits are on offer on the shrub during autumn and winter. That's the general situation. The photo was taken in April. Exceptions prove rules in biology, not in all respects an exact science (Vlok and Schutte-Vlok, 2015; Shearing and Van Heerden, 2008; Coates Palgrave, 2002).