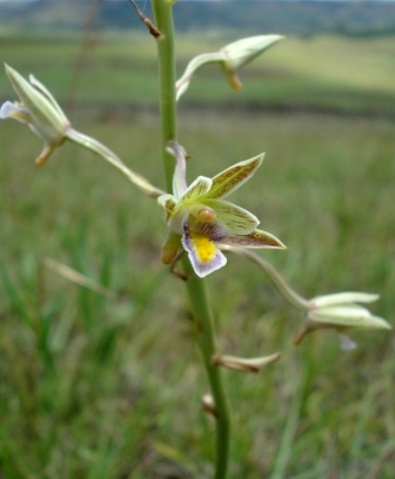 Eulophia hians var. nutans is a cormous perennial. a terrestrial orchid of the South African grassland from the Eastern Cape to all the northern provinces. It also occurs in Mozambique, Zimbabwe, Botswana and widely spread in Africa to Ethiopia, as well as the Yemen.

The habitat of this plant includes both dry and high rainfall grassland as well as woodland and sparsely vegetated hillsides. Differences in plant appearance may be expected in the case of such a vast and diverse geographic distribution. The variety is not considered to be threatened in its habitat early in the twenty first century (Manning, 2009; iSpot; www.redlist.sanbi.org).