Home » GENERA D-F » Eulophia » Eulophia clitellifera
Back to Category Overview
Total images in all categories: 9,840
Total number of hits on all images: 4,464,603 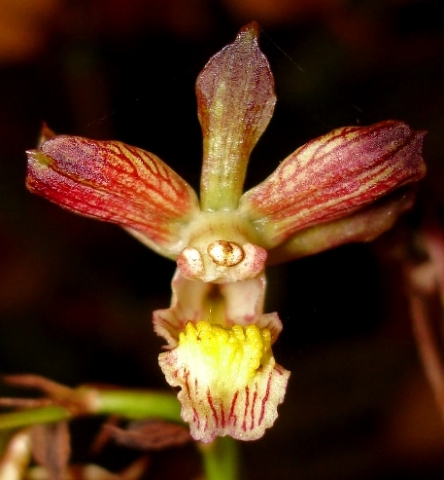 Previous
Image 3 of 76
Next

Eulophia clitellifera is a ground orchid, a slender perennial that grows to 35 cm. Its corm spreads in a chain-like manner, becoming rhizomatous.

The species distribution is widespread in the eastern and north-eastern parts of South Africa, from the Eastern Cape, Free State and KwaZulu-Natal to the provinces north of the Vaal River. Also widespread in Africa, the plant is found as far north as Sudan and on Madagascar.

The habitat is diverse, from grassland to bushveld, as well as stony, succulent scrub. The species is not considered to be threatened in its habitat early in the twenty first century (Lowrey and Wright, 1987; Pooley, 1998; Germishuizen and Fabian, 1982; www.redlist.sanbi.org).