Home » GENERA D » Diospyros » Diospyros mespiliformis trunk
Back to Category Overview
Total images in all categories: 11,506
Total number of hits on all images: 6,503,081 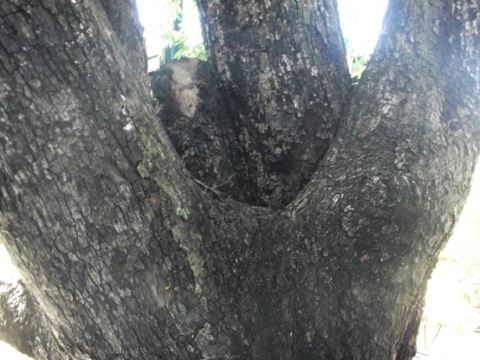 The trunk of the African ebony may be a massive structure, as suggested by this small section of the lower branching on a large tree in the Sabie area. The bark is usually blackish grey and rough, sometimes described as appearing to have been burnt. Tall, erect, single trunks are also often seen, fluted on many of the old trees. Longitudinal fissuring and some flaking of the bark are common on mature specimens.