Home » GENERA D » Diospyros » Diospyros glabra flowers
Back to Category Overview
Total images in all categories: 11,506
Total number of hits on all images: 6,514,501 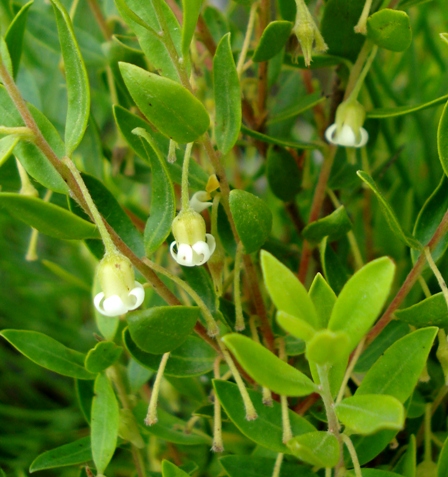 Diospyros glabra flowers are white and pendulous. The corolla cup becomes 6 mm long, the petal tips curling backwards when open. In the photo they are seen growing solitary from leaf axils and dangling from long peduncles; the flowers may also occur in sprays of up to five. The narrow calyx lobes are acutely pointed.

Male and female flowers grow on separate trees as is the case for the Diospyros genus. Flowering happens from midspring to early summer.

The fruit is ovoid to nearly round, red to purple and about 1 cm in diameter. The persistent calyx lobes are narrow and curling backwards, not clasping the fruit. Fruiting lasts until early autumn. The seeds are bean-like, oblong and dark brown to almost black.